DONATE HERE, or even better COME CLIMB FUJI WITH US HERE!

My mum, Maura Ward, is my hero.

My mum raised both my sister and I as a single parent in Northern Ireland, 10 years on welfare, preferring to be there for us and our education, money was tight, life was tough but our childhood was great, and more importantly, my mum taught us to believe in ourselves and that we can be anything we want to be. 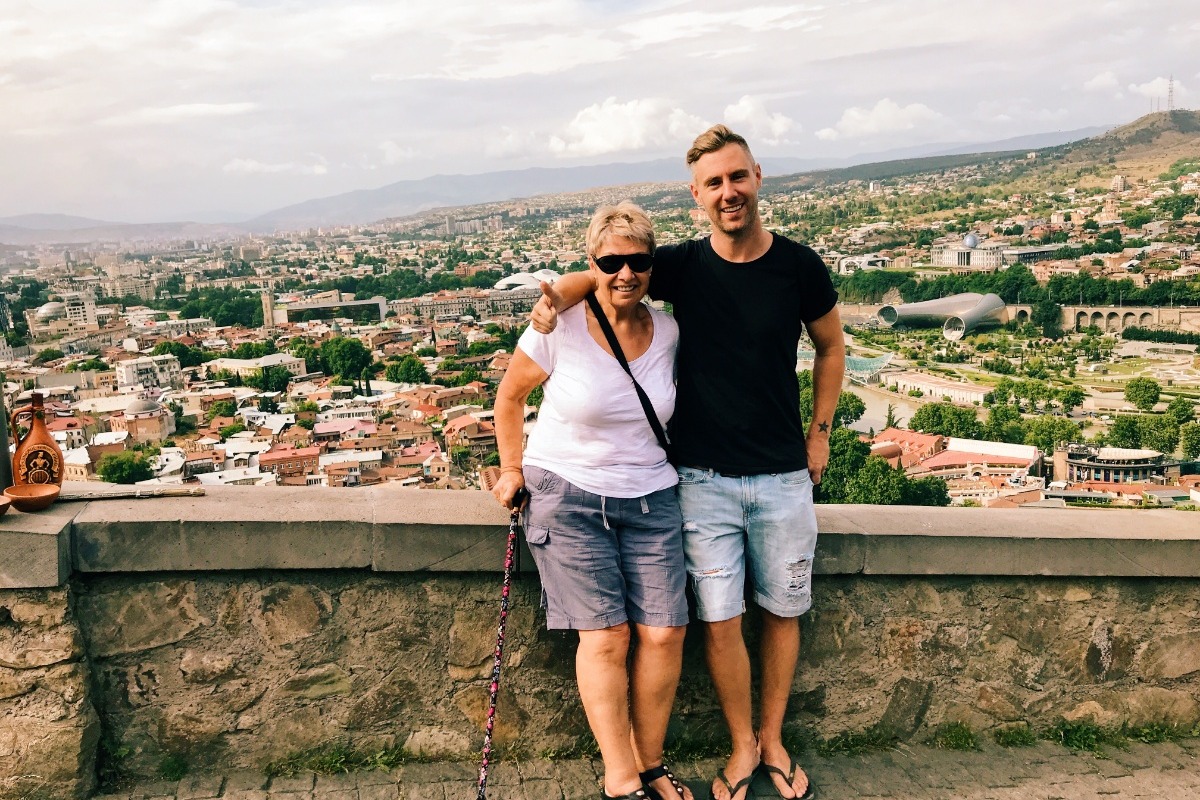 For about 20 years or so, my mum’s life revolved around her 2 children, sacrificing literally everything to make sure we could succeed. I don’t think I’ve ever seen her buy so much as a t-shirt for herself, to this day, preferring to give to others rather than herself.

Soon she was working 2 jobs, one in Education Welfare, a weekend job at a Children’s home to make sure we could afford to go to University, and then if that wasn’t enough, she volunteered nights at Samaritans (a free phone service for people who need help, at the risk of suicide etc).

True selflessness, and for that we are truly, truly grateful (if you’re reading this, thanks Mum!). But since we have grown up, now it has been my mum’s time grab a new lease of life.

In 2007, her son (me) soon started traveling a lot, and I took my mum with me now and again. One trip a year or so. Thailand, Sri Lanka, China. My mum had discovered a love for budget backpacking in her 60s! We had so much fun together.

Then we got the bad news. I noticed a tremor in her left leg in 2012. “A trapped nerve” we hoped. It didn’t go away. By 2013, it was worse, and mum was off to see a neurologist. Parkinson’s Disease.

For those who don’t know Parkinson’s disease is a chronic brain illness that affects the part of your brain that controls how you move your body. It’s often noticed by people have an uncontrollable tremor or shaking of their limbs, but it has a lot of other symptoms too.

This was devasting. My mum had just begin to live her life for herself for the first time, and now she had to deal with an illness for which there is no cure. For 6 months my mum struggled with the diagnosis, not opening up, fearing the worst. Then she flicked a switch in her mentality and instead decided to face it head-on. Go mum!

Rather than let Parkinson’s define her, my mum decided to use it as motivation to live life for the moment. She didn’t know how long her health would last, so instead of moping around the house, she decided to travel more, further, have more adventures! She sky-dived for Parkinson’s charity for her 65th birthday, raising over $5,000. She traveled SOLO to Africa, to countries like Burkina Faso, Eritrea, she thought nothing of throwing her clothes in a backpack and taking a night train to Armenia.

We went on so many adventures together, to Afghanistan, down the Amazon in Ecuador, retracing the silk route through Uzbekistan and Tajikistan, eastern European adventures around Georgia and Abkhazia, long distance night-buses through Peru. Soon my mum reached 50 countries. She sorted out her diet, gave up meat (but not the Gin and Tonics!), hit the gym almost daily. And you know what?

My mum may need a walking stick, and even a few pit stops, but I know she’ll get to the top. She showed Parkinson’s that it won’t stop her, now you think Fuji can beat her? No chance! So let’s do it mum.

Now we would love to help other Parkinson’s sufferer, let’s find better medication, let us manage this disease better, and ultimately let’s find a cure for this b*stard.

We want to raise £8000 ($10,000USD) to donate to Cure Parkinson’s Trust to help in the research to fight the disease.  YOU CAN DONATE HERE

NOTE: NONE of this money will be used for our trip to Japan. We’ll be paying for all that ourselves. 100% of the donation will go directly to Cure Parkinson’s. No flights, hotels etc will come from the donation. 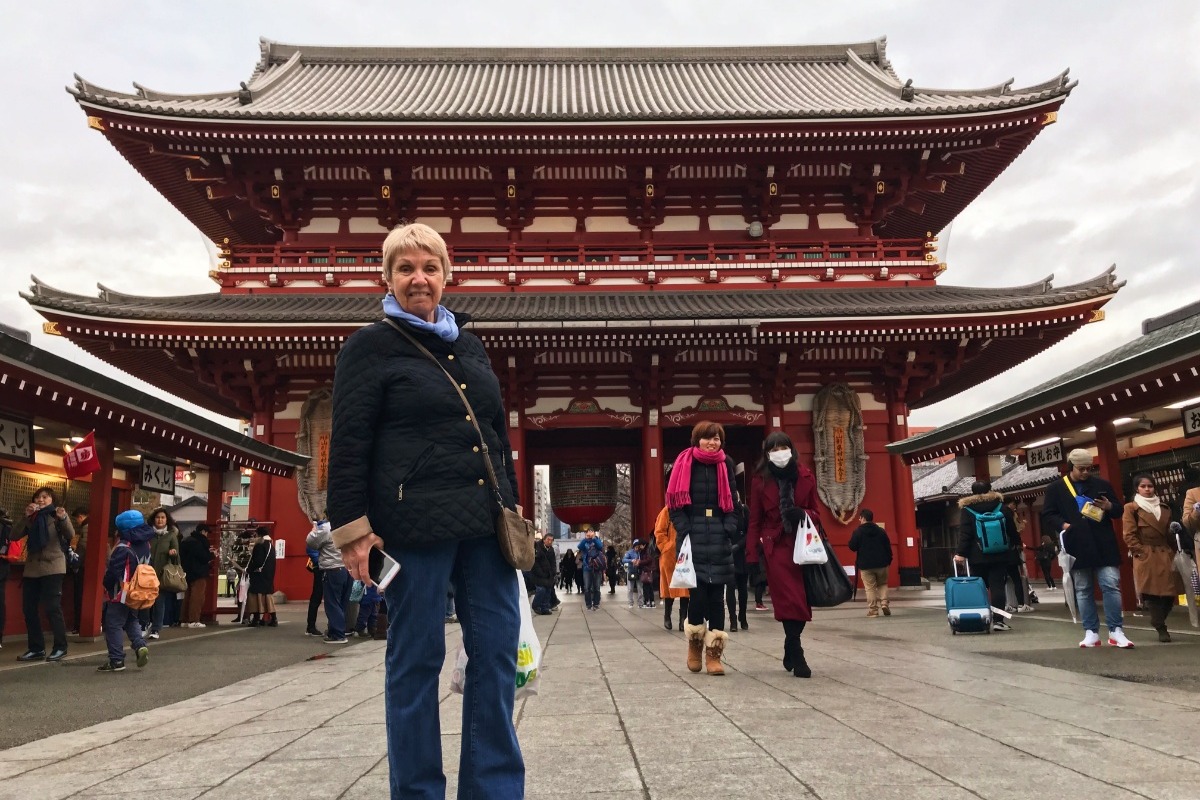 FINALLY, we’d love to bring other people along to help us raise money for the cause, so everyone is welcome to come climb Fuji with us. I’d especially love parent/child combos to join, as I’m a big believer that we shouldn’t be too busy growing up, to realise our parents are growing old. They gave us everything, so lets give them a little something back. But everyone is welcome, the more the merrier. I’m hoping each person that comes along could raise £500, so if 10 people come, that would be $5k, then my mum and I (and GoFundMe) will try to raise the other £3k or so.

If you wanna join, you can see that info here:
https://onestep4ward.com/come-and-climb-mount-fuji-japan-for-charity/

One thought on “My Mum is my hero. Climbing Mount Fuji for Cure Parkinson’s.”