I mentioned last week that Abrahams hostel, undoubtedly the best place to stay in Jerusalem, offers free tours around Jerusalem old city, but they merely scratch the surface. When you travel in Israel ou really need to follow it up the next with the official Jerusalem old city tour.

Where the free tour last one a half to two hours, the full tour lasts four hours plus. You get proper insights into the holiness of the city, you get access to the famous sites and you get a traditional lunch all within the historical walls of the UNESCO ‘City of Gold’. 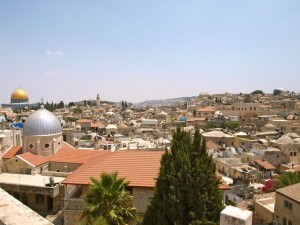 I met the tour guide in the same place as the free tour, just outside Jaffa gate.  Our first stop was the Armenian quarter. It turns out the Armenians were the first country on the globe to turn to Christianity, a fact that they’re very proud of even today. The Armenian quarter is the quietest and smallest quarter within the old city,   and it’s almost its own self-serving community with the gates closing them off to the rest of the world each night.

The 1000 years old Cathedral is the highlight of this section, and you can actually attend their vespers (service) each day at 3pm where you can watch the Orthodox religious men go through their chants.

You also get to check out the room where the Last Supper was carried out. 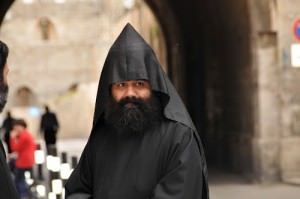 Next up was the Jewish quarter. This is a completely different vibe to everything else within the old city, mainly due to the fact that the entire section was raized by the Jordanians when they took control of the area in 1948. Since it was ‘given’ back to Israel in ’67, its been rebuilt from scratch. There has been huge excavation work done too, so the city is built around the original 3000 year old city, very impressive stuff. 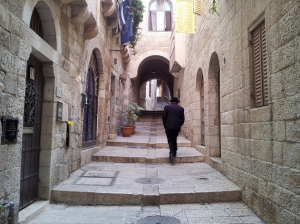 Undoubtedly though, the highlight of this section (and of the tour perhaps) is the Wailing Wall or the Western Wall, the 2000 year old remains of then holiest Jewish temple of them all, Temple Mount, built by Herod in 20BC, but destroyed by the Romans less that 100 years later. Now people go to the wall to pass their prayers into the huge blocks, with separate sections for men and women. Remember to dress appropriately, and don’t forget to don the kippah gentlemen!) 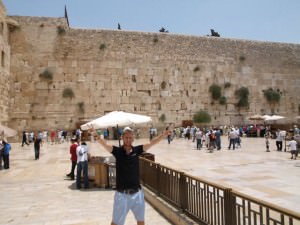 The 3rd section of the tour arrives at the Muslim quarter, the most densely populated section. Jerusalem is the 3rd holiest city in the world in Islam (Medina is second, Mecca first)  and the centre of the holiness stems from the same area as the Christians and Jews, Temple Mount ( or the Noble Sanctuary in Islamic terms). This spot is home to the world’s oldest mosque (al-Aqsa) and marks the point when the prophet Muhammed ascended to heaven. 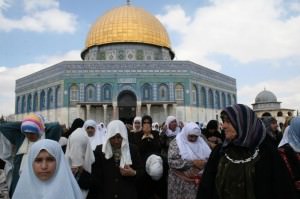 The iconic gold dome isn’t actually a mosque, despite what people think, it’s more of a shrine protecting a rock that Jews believe we all stemmed from, and the Old Testament said that’s where Abraham was willing to sacrifice his son, Isaac.

The food in the Muslim quarter is awesome, so be sure to stop off for a bite to eat. 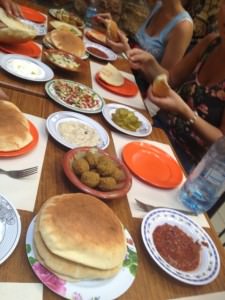 Last up we visited the Christian quarter, which is jam packed full of churches. Undoubtedly the most famous is the Holy Sepulchre, where Jesus was said to be crucified. Nearby was the place he was buried and from which he was so to have resurrected. You can also wander around the rooftops in the Christian quarter, offering cool views of the city.

You really need to take a guide or go on a tour for the Old City. Normally I’m not a huge advocate of tours but with so much history in such a small space, you’d be missing out without one. Happy travels!

Next Post
Visiting Hebron in the Palestinian West Bank

3 thoughts on “Taking a Tour Around Jerusalem Old City”