Russian only grants 30 day visas, and considering the train itself takes about 7 solid days, it doesn’t give you a lot of time to do what you wanna do as you make your way along the journey. That combined with the fact that I got side-tracked into a visit to Kazakhstan cut my Russian time down further still. However, the Trans Siberian being the Trans Siberian, I found enough time to fit in some pretty crazy experiences along the way: 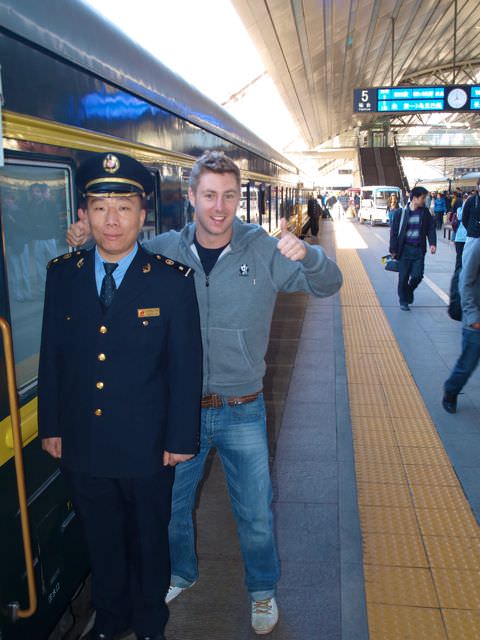 Breakfast with the Russian Spetsnaz:

On the Irkutsk to Omsk train, I knew my 2 friends and I were stuck onboard for 2 whole days. We woke up on the second day, a bit groggy after a night on the slim train bed, one of my friends was missing, I assumed he was in the dining cart. I made my way there, and there he was sitting down with 2 of the biggest dudes I’ve ever seen, heads the size of watermelons and fists twice the size of that.

After them greeting me with non-optional vodka shots and beers (for breakfast, naturally) we tried to talk, although with my non-existent Russian and their nonexistent Russian communication was proving difficult. It transpired that these 2 dudes were part of the Spetsnaz, Russia’s most violent, dangerous and trained special forces with quite a dark history. 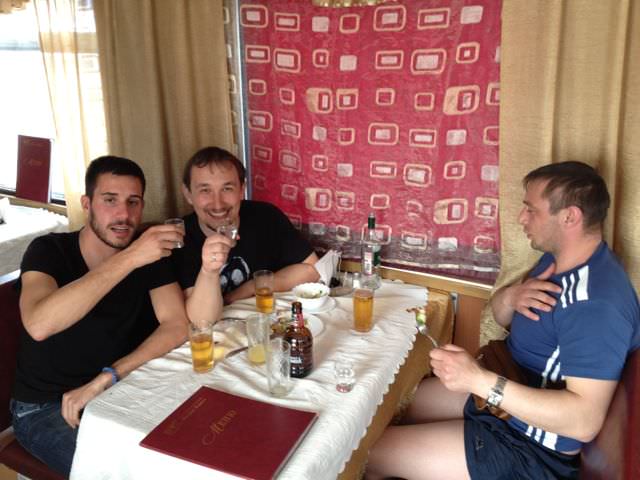 A quick show of tattoos to prove themselves and some bullet wounds on their arms were enough to convince me. A couple more (equally enforced) breakfast vodkas and beers later, these boys were knocking entire glasses over the dining cart, shouting in Russian to the waitresses in what sounded like less than polite terms. It was getting a tad uncomfortable, and all our requests to not drink anymore were falling on

After the 5th beer hug I was victim to (friendly guys apparently), and countless enforced drink, these guys were ready to collapse thanks to their two empty vodka bottles in the front of them so when they disappeared to the toilet, we scarpered back to our carriage hoping to never see them again. I think i probably dodged a bullet with that one, perhaps literally.

In Irkutsk, my first Russian stop, I went scouring the streets for a cheap eatery for lunch. After finding one I sat down, ordered some dumplings and potatoes, and sat in the corner. After about 30 seconds a Russian guy came and spoke to me (by ‘spoke’ I mean he shouted the 10 words he knew in English, repeatedly), I smiled at him but before he could finish his friendly tirade he had bought 4 beers and pulled up a chair.

Before too long his 2 friends had joined, one young guy who spoke a bit of English and one 40 year Russian version of Tony Soprano. They sat down, 4 more beers, we chatted a bit, 4 more beers, cheers to Russia, 4 more beers, cheers to Ireland, 4 more beers. You get the picture. I asked them what they did for a living, they gave me the sketchiest answers imaginable, something about the Israeli army, owning telecommunications in Siberia and gambling with his ‘Russian friends’ in Atlantic city. Hmmmm, dodgy. 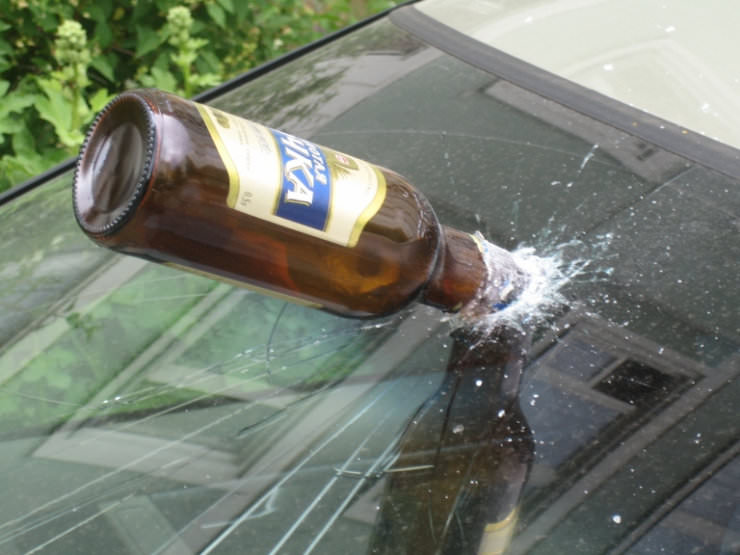 Then they invited me out for more beers “Let’s go and shout at the f*cking police, they won’t touch us”. Thanks but I’m washing my hair tonight. “Ok, lets go and f*Ck some girls, if you have money, we can give you everything” What a kind offer, but really, I’m ok.

Suddenly the police burst into this small, quiet coffee shop, batons drawn, demanding the Russians (who at this stage we had confirmed were in fact part of the local mafia) go with them. They laughed, shook my hand, shouted “f*cking police”, told me to wait a second and went outside. I saw out the window, the English speaking guy, the alpha-male, was giving the police a piece of his mind, shouting at them, gesturing etc at which point the police disappeared, the gangsters went the following way. We waited until the coast was clear, finished our beers hastily, and shot back to the hostel in double quick time!

Getting locked in by the Kazaks:

Day 1 in Kazakhstan, I was wondering around the city centre admiring the amazing new architecture found across Astana, the new capital. 2 Kazak guys approached me, speaking excellent English, saying “hey guys, it’s 5pm, drinking time! Wanna join us?”. I always try to say yes to all opportunities so off I went to his swanky, huge apartment 100m away from the iconic city centre.

Within 5 minutes two bottles of vodka were cracked open. The Kazakhstanis drink their vodka in shots, no mixing here, so before too long the music was cranking and more people were at the gathering.

I was with my two friends and we wanted to check out a bar in the city, to see what the vibe was in Kazakhstan. “Sure guys, that’s the plan, just some more shots”. This continued for another couple of hours, more people turned up, more booze and other dubious substances.

By this point I knew it was time to go, I whacked on my sneakers and made my way to the door. Bham. Door shut. Half friendly, half sternly the new guy ‘suggested’ we do more shots, we obliged.

We heard all about the politics within the Government, what the Kazaks really thought about their new found oil money, about the 20 year rule of the ‘democratic’ President. Sporadically we tried to leave, shut down every time until finally we made one last combined effort. After much protestation we managed to squeeze out the door, down the lift and onto the main road, taxi straight to our place.

Why they wouldn’t let us leave, I’ll never know but let’s just say I’m happy we left when we did!

In the last 6 years I’ve stayed in some skanky accommodation, bed bugs, no running water, hookers drifting in and out of rooms – none of it phases me too much, but this little beauty is right up there with my worst accommodation!

Located in the bus station (yep, actually in it), we rented a twin room, with no running water, no bathroom, no sheets and 2 very battered mattresses and some strange stains on the floor. I only stayed one night, but it was long enough to work out that the stains were in fact puke on the floor and that the holes in the walls were rat dens. The rat den discovery was due to the fact that in the shared bathroom was a sticky tab to catch creatures, I went for a pee and was greeted by a squealing, gyrating rat stuck to the tab, fighting for his life, 30cm from the toilet. Wonderful way to start the morning.

The worst thing about this place was that it cost $27 a night! Damn that new oil money dragging the prices up everywhere.

I wrote an article about this here. In a nutshell, I stayed with a nomadic Mongolian family who’s son recently became a shaman, he then became possessed by two spirits. I stayed in their tent on a night of a full moon when the Shaman became repossessed so he had to excorcise the spirits from his body immediately, while I sat there for 2 hours watching the ritual. Amazing. In a bid to maintain my budget travel policies I choose to book 3rd class tickets where available on the Trans Siberian journey. This consists of 6 beds to each section , with 10 sections per carriage. Each section is about the size of a king-size bed, so it’s cramped beyond belief.

After sharing booze with a Uzbek family, drinking with Russian soldiers, sharing salami and hard liquor with Kazaks, getting my photo taken endless times and having entire conversations with people despite the fact that my Russian is constricted to about 3 words, I discovered that if you really wanna ‘feel’ the Trans Siberian, cattle class is the only way to go. I’ve written an article about this little mishap, which ultimately turned out pretty cool (read about it here), but suffice to say a naked Russian bath house with a mirrored bedroom as the centre piece and naked dudes all over the walls is probably not the standard Russian bath house the people in the Lonely Planet were suggesting we visit. Ooops. Next Post
Motivational Monday: The World Is A Playground

What a sky! • Johnny and the crew are making ama

Rowing across the Atlantic update from Johnny Hey

Amazing to have the dolphins around! • @_monkeyf

We spoke to Johnny today, and things are going rea

As the sun goes down on another day, Johnny and th

Weight is a massive concern on an ocean row so the

Sunset, and smiles all round! • That's a massive

Despite being on their fourth day at sea since the

It doesn't matter how tired you get, you cannot ge